Pedigree of the Litter 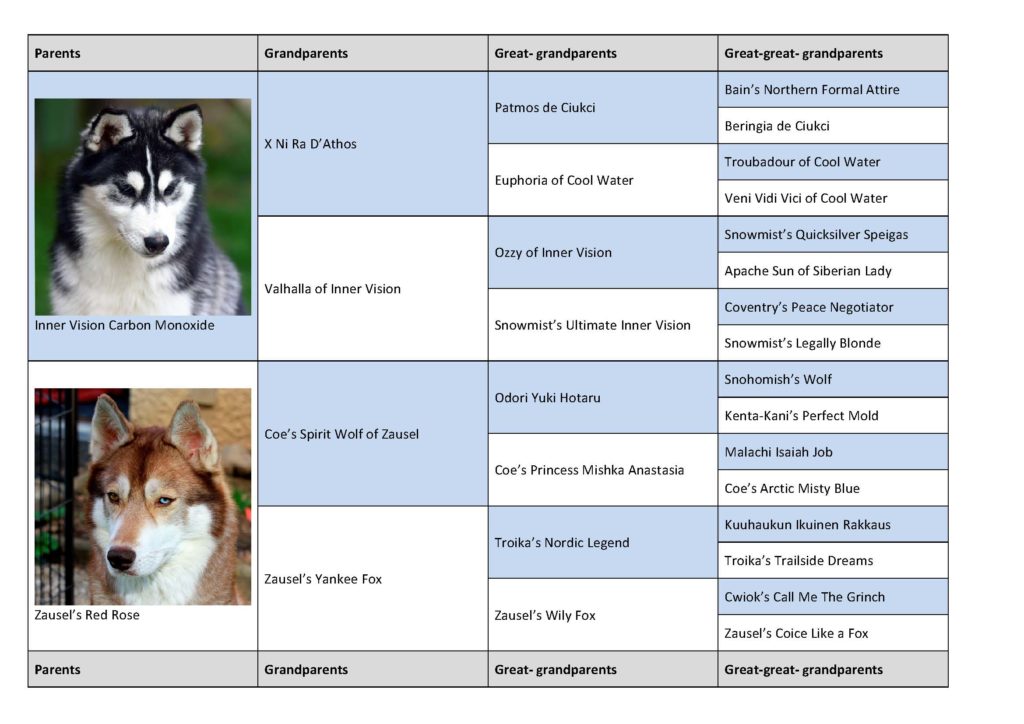 Shakaar had arrived hardly a month before Kira came into season. It was a wild time anyway, because the girls came into heat one after another. Yet, until beginning of December Shakaar had not been licensed for breeding. But the day we got the papers for his approval, he and Kira had their first serious rendez-vous on December 7th 2020, mated happily and successfully, and we gave them another opportunity two days later.

A month later, it was clear that Kira was pregnant. We had a date at the vets’ for echo on January 6th 2020, when five pups were found with happily beating little hearts. Since then Kira gained weight constantly and became quite mild even dealing with Opra whom she usually considers her archrival.

On January 31th 2020 we went for an x-ray, because the vet had not been sure if it were five or six pups.

Six days later Kira went into labor. It turned out to be a very straining birth with one of the pups being stillborn. It took too long, until he was born, after the amnion was torn. All of his siblings were born safe and sound.

Shakaar and Kira, parents of the litter

You will find pictures and stories of the C’babies in our blog using the tag litter D.