Until November 2018 we lived in a big and beautiful detached house amidst a beautiful garden in a district of the city of Marburg, right near the forest and close to a lovely little valley. 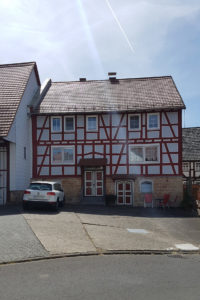 Then we moved into an old timbered farmhouse with a huge barn and more surrounded by a big yard of grasland, passed through by a little creek, and an old orchard. Our neighbors call us by the name of the farm, Ätches. That shows that we and our dogs have nicely settled in. Meanwhile a little group of people around here have formed a kind of walkie-team and they all help up to keep the dogs moving. Two of our offspring, Maya (Casilda of Kahnawake) and Diego, have found their furever families in our village, and another, Yepa (Donata of Kahnawake) lived in a town nearby.

Ruhlkirchen is part of a small catholic enclave in Hesse, the Gericht (court district) Katzenberg which consists of four villages. This small district hast tons of stories to tell, richt in tradition on which the people here set a high value. 1971, during a local government reform, these four villages and a neighboring fifth united to form a rural community named Antrifttal. Although almost all farms had to give up during the last 50 years, people here up keeping to many rular customs and a strong social cohesion. 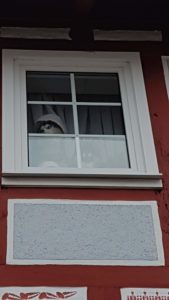 Our farmhouse is in the upper part of the village and is named Ätches, a really cryptic name. The farmstead was built in the first years of the 20th century, close to the church that still is the heart of the village. It is a two-storied timbered building on a sandstone floor. The beautiful front faces the church. Two other sides have been cladded (unfortunately) in times when timbered houses were linked to poverty.

When the owners annexed the neighboring farmhouse, its farmstead was stripped from its timbered stories and integrated into the huge newly built barn. Those days, the farm was one of the biggest in this village and it still operated until the beginning of this century, most recently as a dairy farm, housing about 30 cows. Apart from the barn and the outhouse, the stables, built in the late 1950ies, is a relic of those times. Behind the buidlings there is a huge lawn with an old orchard and a little creek running through. The estate backs onto meadows and old gardens, so we live close to nature. 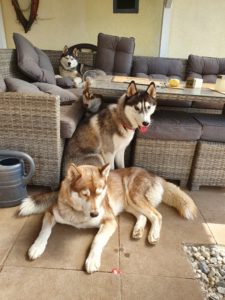 Apart from some refurbishing of the farmstead, there was not much to do after moving in, because the place was kept in good nick. We enlarged the garden behind the house and fenced it and fenced a dog yard on the other bank of the creek.

We keep the dogs in the house and the garden and additionally use the dog yard and the tracks and little roads for walkies, dog-trekking and mushing with bike and scooter. The pups are born in a whelping room upstairs. When they are old enough, they move into a puppy room in the ground floor and spend as much time as possible in a puppy pen in the garden. We use the former “dairy kitchen” for dogs’ food and supplements and grooming, and the very first bathroom was turned into a little “dog spa”.

Of course, it is quite bonkers to swap some nice real estate on the brim of a city for an old farmhouse on the countryside. But we have never regretted to have taken this step. We and our dogs really feel at home here, more than anywhere before in our eventful life. 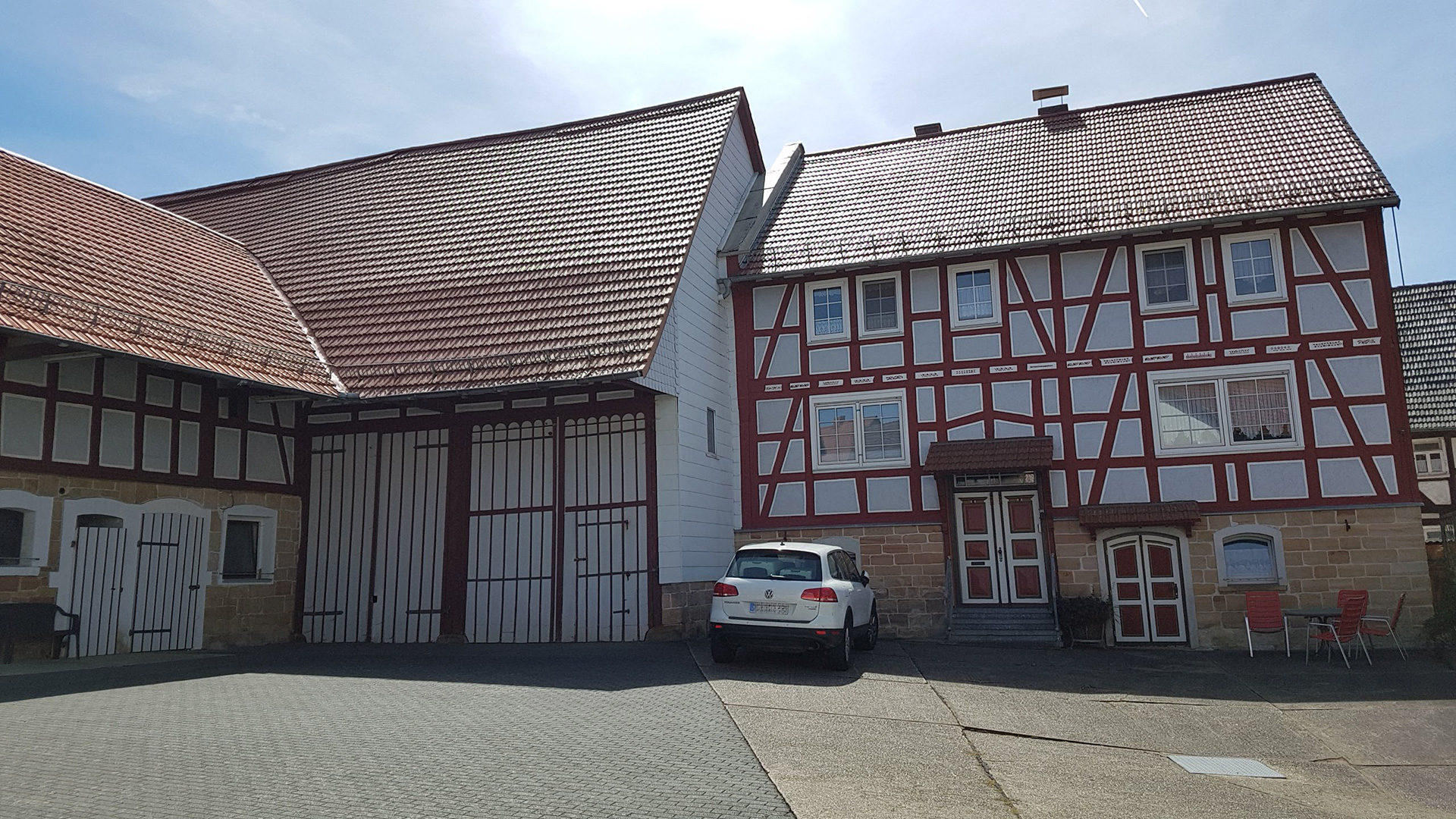 Front: from left to right outhouse and garage, barn, farmstead