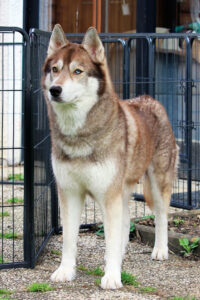 Conformation assessment report (translated by me)

approved for breeding until the age of 8 (08/2022), breeding partner must be clear of MPP (membrana pupillaria persistens)

On All Saints’ Day 2014 we picked up our “crazy chick” from Sylvia Gusinde’s kennel, and from the first moment on she charmed us alltogether. This blitheful and bright girl livened the place up and still does.

By the end of April 2015, I went to a dog show with her, encouraged by her breeder. She was handled by Oliver Staab, a quite experienced dog handler, and she was judged as “very promising”, and ranked just above her littermate Zausel’s Raining Night (Lou) who is living with Siberian Husky breeder Iris Schmuck (Carina’s Grey Flash kennel) in South Bavaria.

During 2015 and 2016 we entered several dog shows (we went to Dortmund in October as well). January 2016 we thwarted our chance for the JCh due to stage fright. But still, especially because I lacked experience as a show handler and learnt it from scratch together with her, we are proud of Kira’s results. Five times, she was judged excellent (Exc.) – among the judges were Kim Leblanc (Snowmist Kennel, CAN) and Guido Schäfer (Hightower’s Kennel, DE). Twice she won her class with Exc.1, gaining a J-CAC, and three times she was ranked Exc.2. Finally, Kira gained the title of a Junior Champion (DCNH). 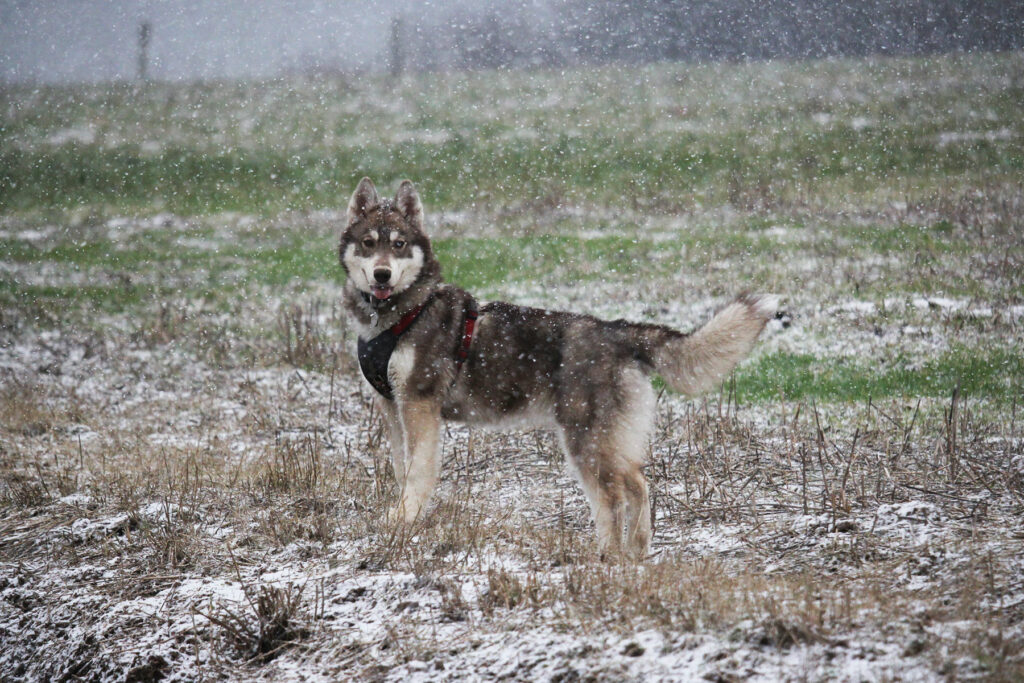 In April 2016 she was approved for breeding by Gabriele Richard. Our girl was judged as excellent, highlighting her movement, particularly the dynamic impulse. Her license is limited only due to a harmless MPP (iris-to-iris).

After litter A left our house we started showing her again. Judgements improved from very good to excellent, and we worked on further improvements in handling. But since she does not like shows, we decided not to drag her there any more.

Kira is an agile dog, loves to pull, trotting as well as galopping. We used her as lead dog, and it never strained her. While walking, we bever dared to unleash her, because due to her need for speed she would instantly run out of sight. So we worked out her desire to go in the yard and dog-scooting and bike-joring.

Kira is the mother of our litter A, sired by MCh Waterfall Velnio Malunas, litter B, sired by MCh BISS Balance Master Speigas. and Litter D, sired by Inner Vision Carbon Monoxide.

On Thursday, September 3rd 2020, Kira fell sick severely. She was diagnosed with pyometra and underwent surgery the same night. Therefore she is retired. She spent some months with her son Tio (Benedictus Of Kahnawake) in Vorarlberg/Austria, enjoying the winter of her life thanks to Tio’s owners Kathi Lanz and Paul Huebner, and is now living the spoiled life of a single dog with friends of ours, just a couple of kms away, always ready for a visit at her best friend Sisko’s. 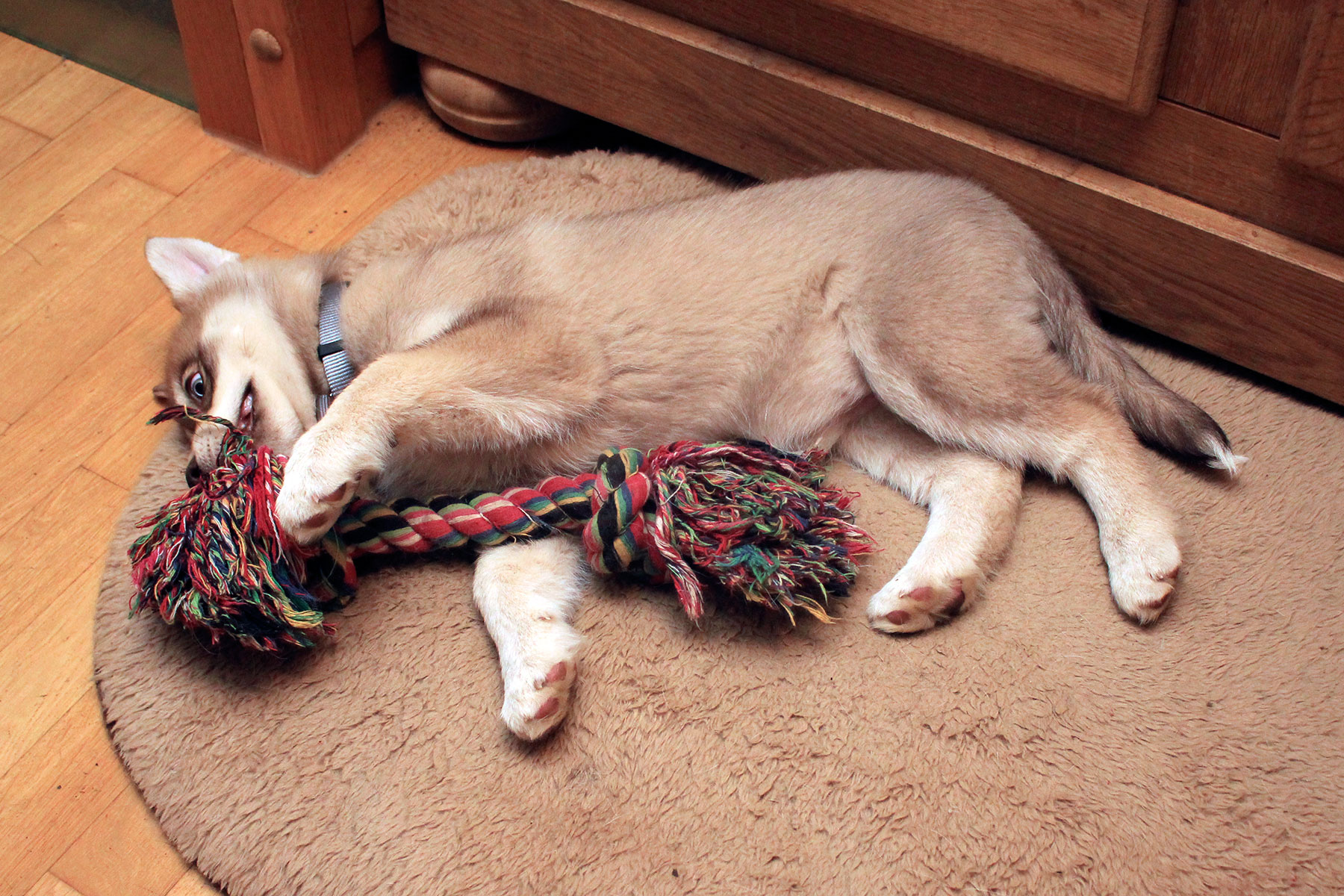 First evening in my new home