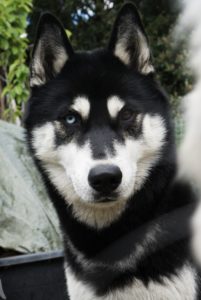 Size according to protocol:

Koda is open for stud to approved Siberian Husky females clear of ICAA according to rules and regulations of the FCI.

Koda was the youngest in our litter B, being a son of the late Salai (Balance Master Speigas) out of our Kira (Zausel’s Red Rose). His distinguished features are his spirit and his strong pigment: he is jet black, a color that has become very rare in our breed.

Koda lives an active life in East Northrhine-Westfalia (NRW) in the area of Siegen together with Mato (Clemens of Kahnawake) from our litter C. He is an athletic dog who loves to run, confident, free of aggression, compliant with people and other dogs and very attentive.

Because of his strong color and pigment we urged his owners to have him approved for breeding. During the eye checks he was diagnosed as being mildly affected with ICAA which will not have any effect on his health and eyesight (according to the ECVO). 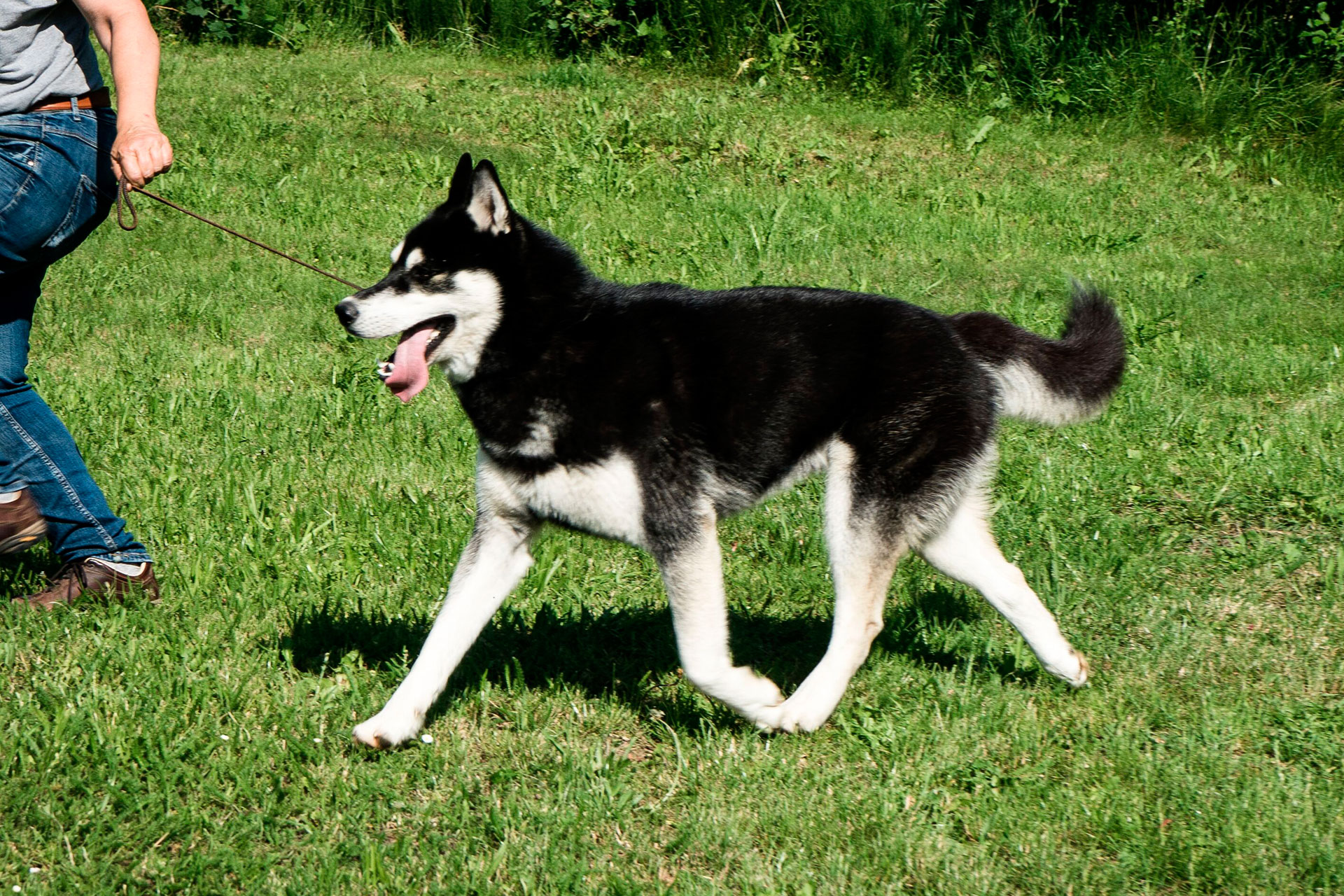