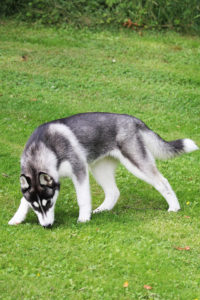 Conformations assessment report (translation by me):

Terms: Approved for breeding until the age of 8 years (02/26), no further requirements

Ezri entered our kennel on June 5th 2018 and she is raising hope for the future in us. Her sire, Snowmist’s Bodacious (Bo),was staying in Europe for a while, where he added some championships and titles to his Canadian and US championships. Her dam, Daviks Silver Mist (Misty), is multi-champion, too, in Canada, where she also was working in harness, as well as in East Europe. Misty lives with Mary Louise Franklyn in Poland.

Ezri is a cheerful girl with lively spirits and joie de vivre, lovely and always a bit of mischief. Build and movement are amazing. Summer 2018 we started presenting her in the ring. Since she entered Puppy class, she was quite dominating the ring. In the Club Jubilee Show, celebrating the 50th anniversary of the DCNH, Ezri not only won her class and so became Best of Breed Puppy, but ended up as Best In Specialty Show Puppy under breeder judge Henrik Soeborg (DK).

The next day, during the 1st Kirchheim Cup, Ezri again won her class and so became Best of Breed Puppy, and ended up in 2nd place Best In Specialty Show Puppy under judge Christen Lang (NO)

Then for a while Ezri did not do well in shows. She was maturing slowly, and unfortunately Covid conquered the world. But we kept putting our trust in her and decided to breed her before her first championship. Late spring 2020 she gave birth to her first litter, the E’babies Of Kahnawake, sired by our boy Shakaar. It was a very beautiful litter of five. Unfortunately one of the boys died from an accident, when they were just 6 weeks old. But all his siblings grew up beautifully. We kept the youngest girl, Emma called Ronja, in co-ownership and are hoping for babies next year. Ronja already gained some ribbons in shows.

In fall 2021 she had another litter, again sired by Shakaar. And again we kept one of the girls, Gracia called Snow, in co-ownership. Hopefully, Snow will start her show carreer this summer at the IDS Ludwigshafen.

When we started showing Ezri again in 2021/22, she got some very nice placements and reports and earned 3 CAC(VDH) in a row. We are really looking forward to showing her more often in the big shows!

Thank you, Louise, for entrusting us with this wonderful girl! It is such a pleasure to watch her enjoying her life with pack and friends. 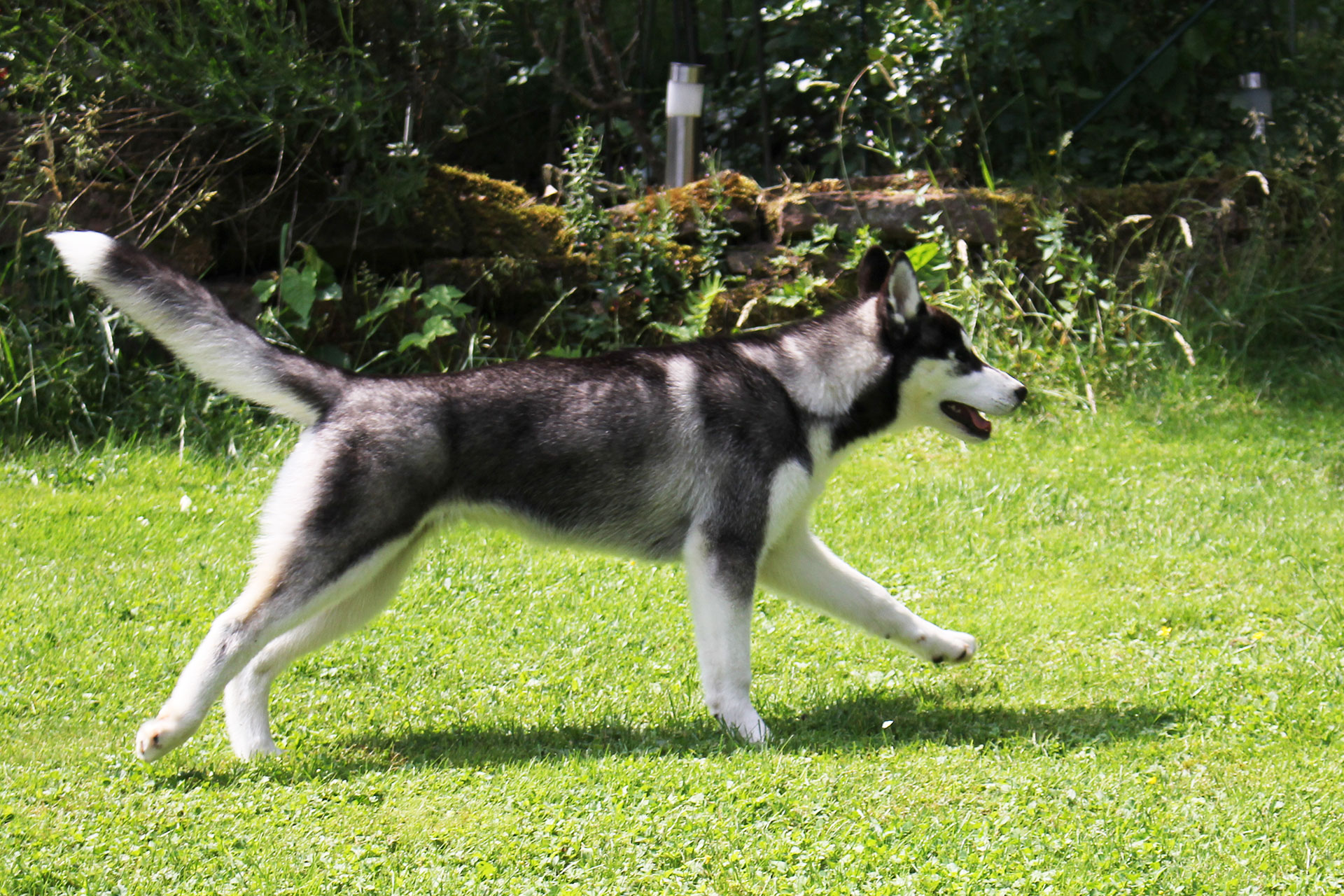