When I entered the puppy room last thursday morning, the little ones and Ezri, who had come in with me, were wildly running around, while one pup was lying right behind the fence. Instantly I realized the pup was dead. His neck and chest were wet and smeared with some blood, he had lost all warmth, his jaws stiff, but his body limp. It was Loki, the younger of the two males. Completely upset, I found myself sitting on the edge of the terrace, the dead boy in my arms, mommie Ezri on my left, traing to wake him up by licking him like a newborn, daddy Shakaar on my right, gently nudging him. It was raining and I was crying. 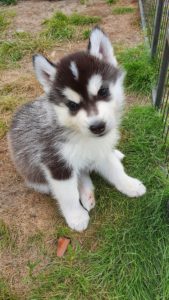 There was no hint to cramps or pain. He had been lying there, as if death had struck him out of a sudden. Examining the little corpse, I found nothing but a little wound behind his left ear and some blood in that ear. Apparently he had somehow broken his neck.

Yet, I still cannot explain how it happened. And without any idea to explain, we faced hard feelings of remorse and failure.

And still we had to explain Loki’s death to his future owner, a young women who had already visited us and him several times and who was happily looking forward to living with this funny little boy…

During the last days we and the young women were embraced by our little community with love and understanding, and this time it was us to experience the bliss of friendship. With all our hearts we say thank you to our dear friends who took care for and supported not only us and poor Ezri, but also Loki’s future owner. You are all fantastic! 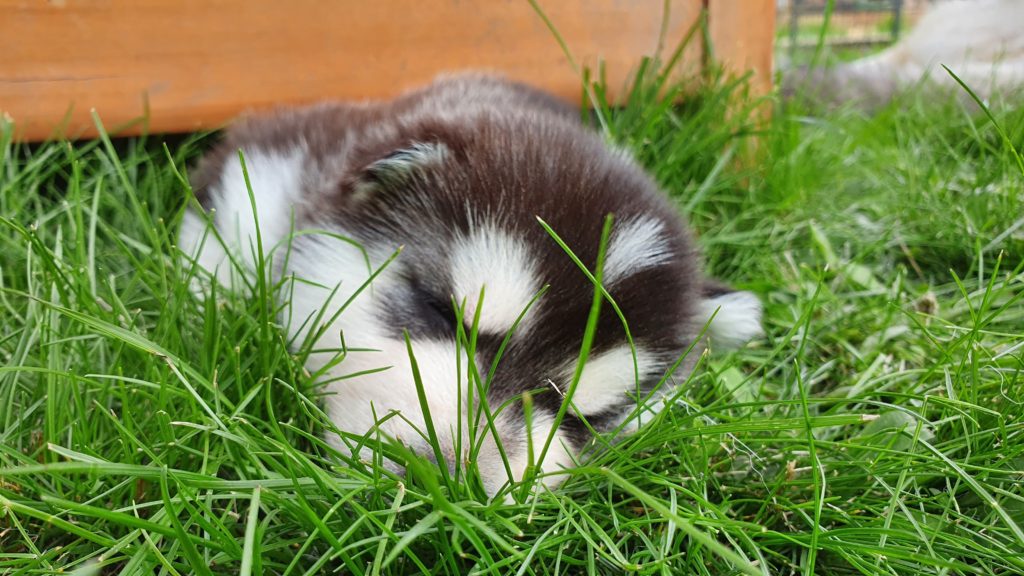 Loki has his place in the orchard, near the place of his stillborn half-brother of litter D, whose amnion broke prematurely in birth.

Now we have four little angels looking after us. 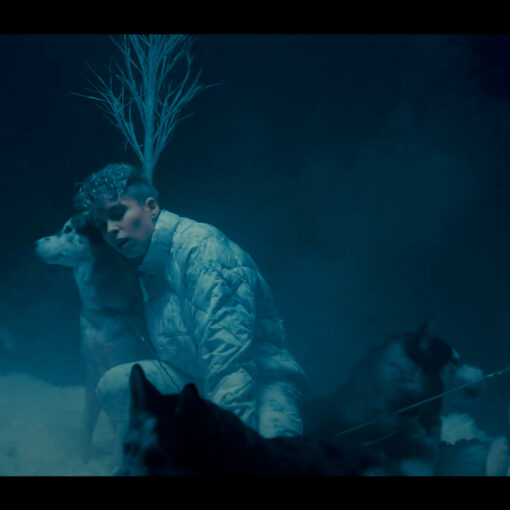 Some time ago, we were called up by a young music producer. He asked us, if our dogs could take part in […] 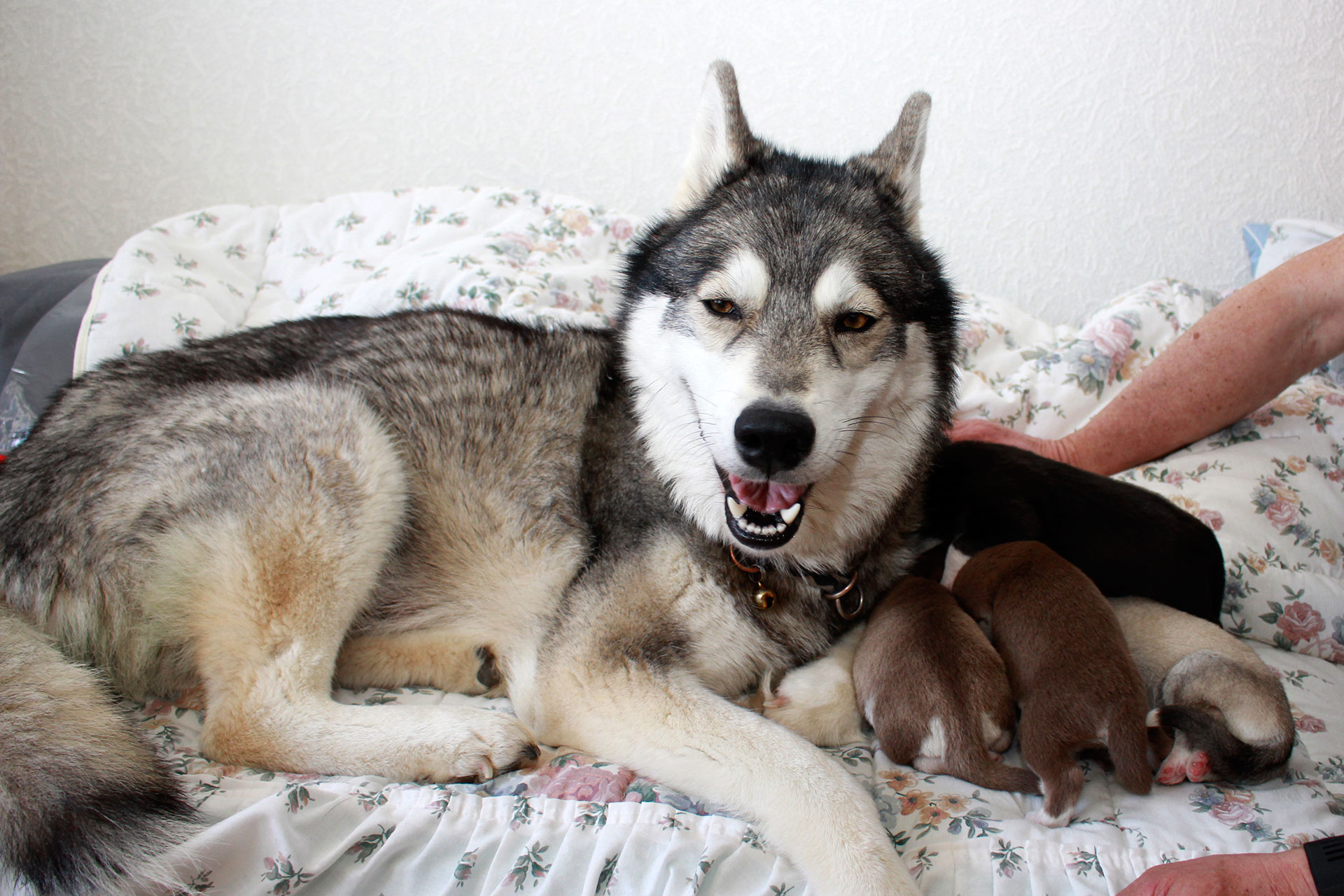 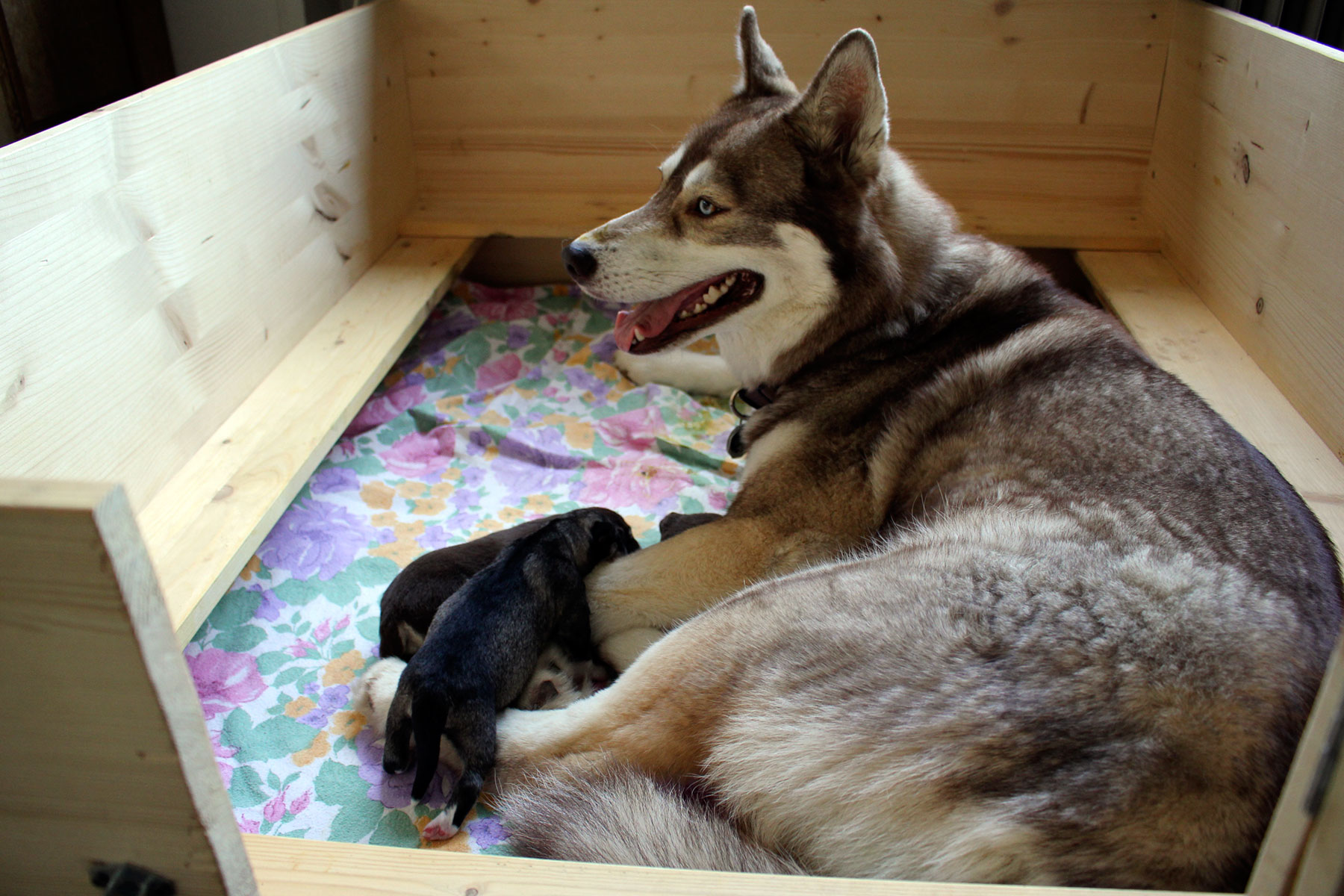 Last night our first litter A was born: 2 boys (red/white, copper/white) and a girl (agouti/white). Kira did a tremendous job, as […] 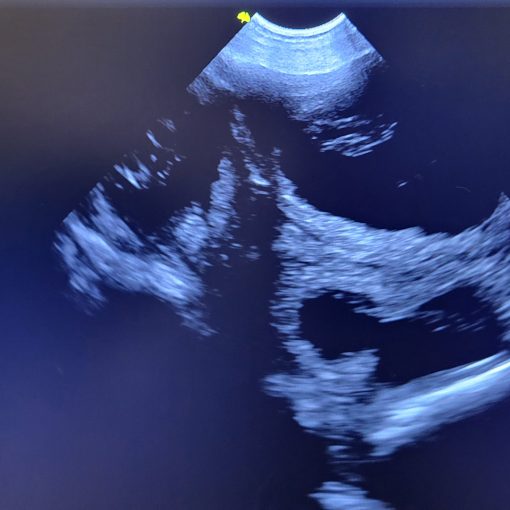 Today our hopes were confirmed, Opra (BISS MCh Inner Vision Wolfblood) is pregnant and with all things going well, will have pups […]

One thought on “A Dark Day”