Saturday was the day! After having almost finished her burrow in the garden and going through several phases of mild labour, Kira got restless. We didn’t let her escape to her burrow, what she thought stupid. However she accepted the whelping box, it is already familiar to her.

Shortly after noon she gave birth to 2 dark grey (agouti) boys, Benedict and Bonifatius. About 2 hours later an all-black girl joined the party, Beata. Kira took her time, she stayed calm, took care of her babies, even when in the afternoon a grey boy, Bernard, was born. And before dinner she came along with another all-black, a boy we named Brendan.

Then Kira was finally resting, we cleaned up the box and renewed the blankets. The pups are big and strong, quite demanding. Kira takes care of them very fondly and watches over them. Uncle Sisko lies outside the room, longing to get in, but he dares not to, because he might be growled at.

Yet, in 4 weeks Kira happily will let him take over care and education. 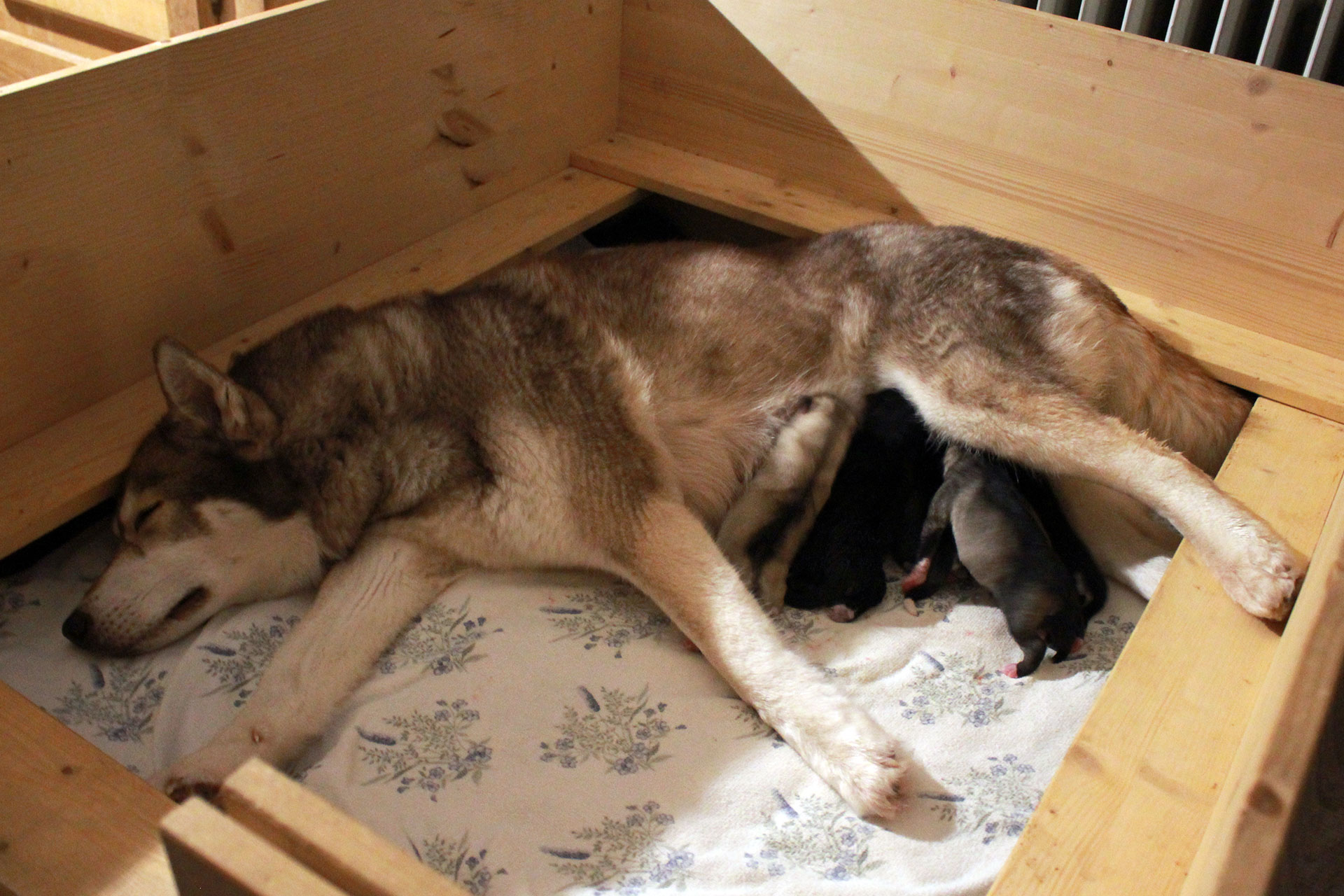 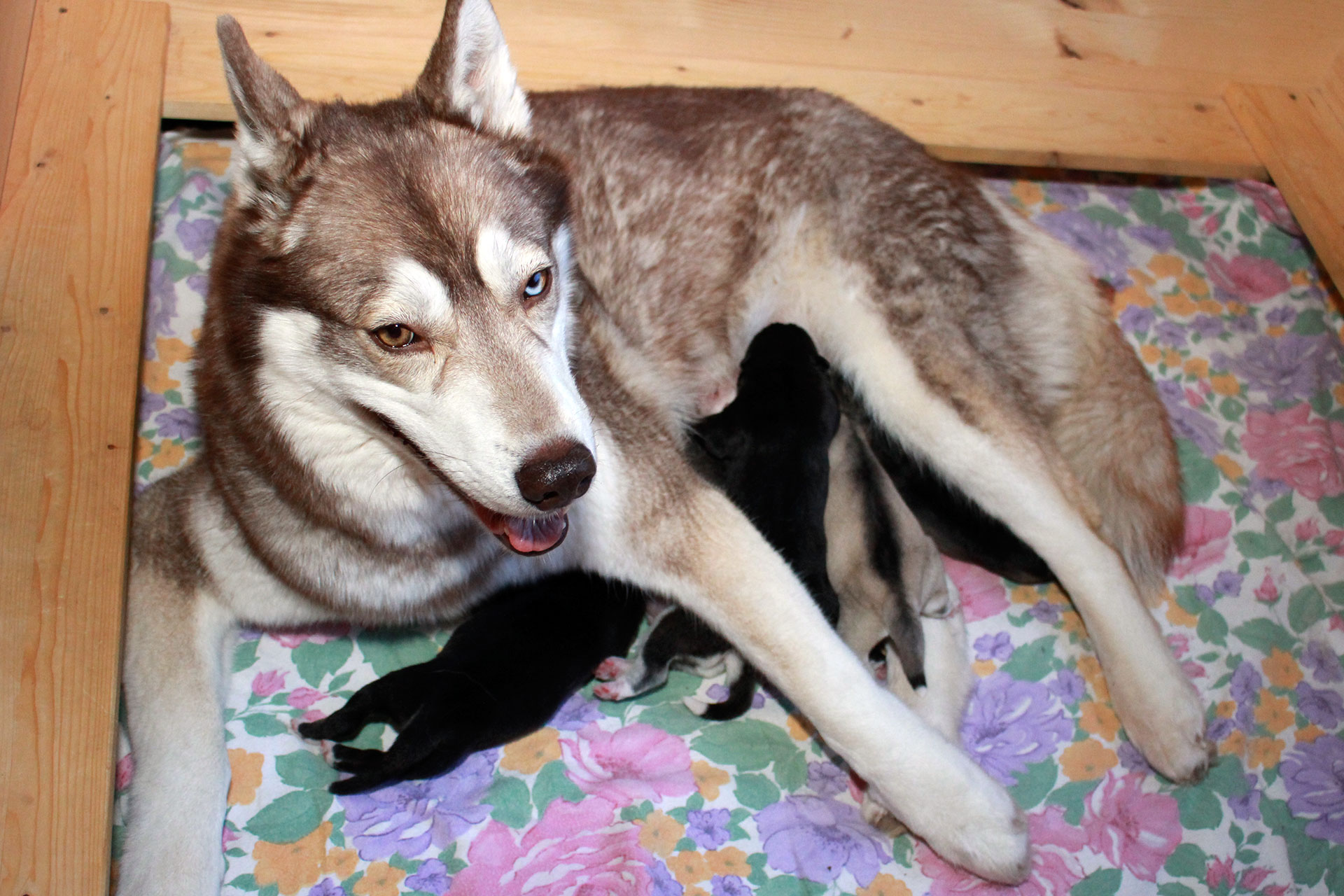 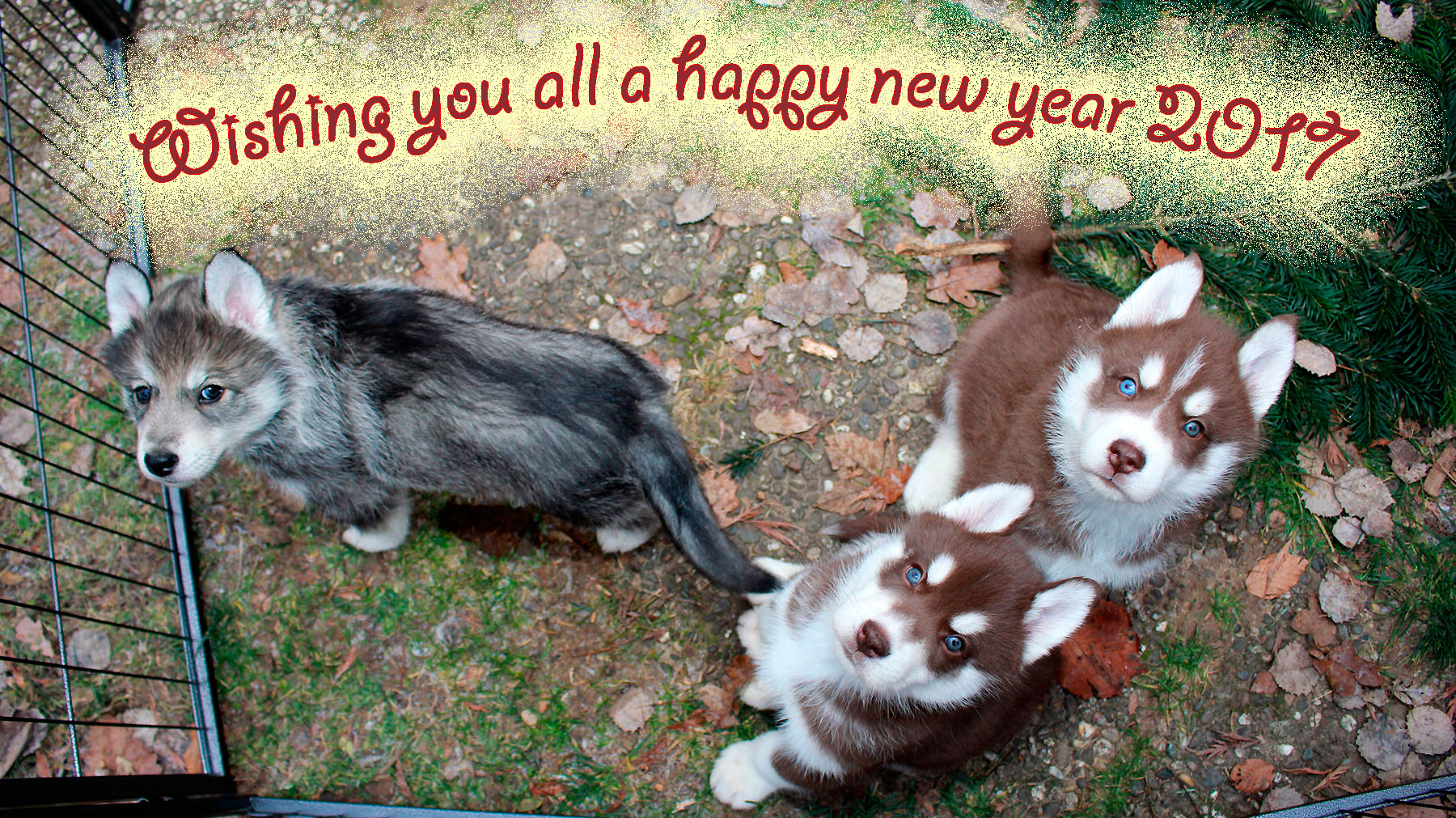 We the team and family of Siberian Huskies of Kahnawake are sending our best wishes for next year to all our friends, fellow […] 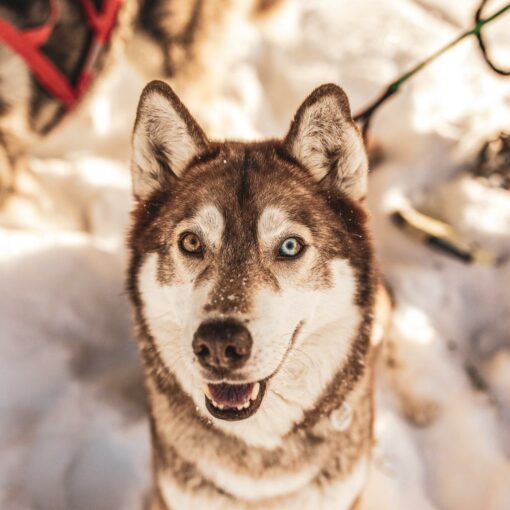 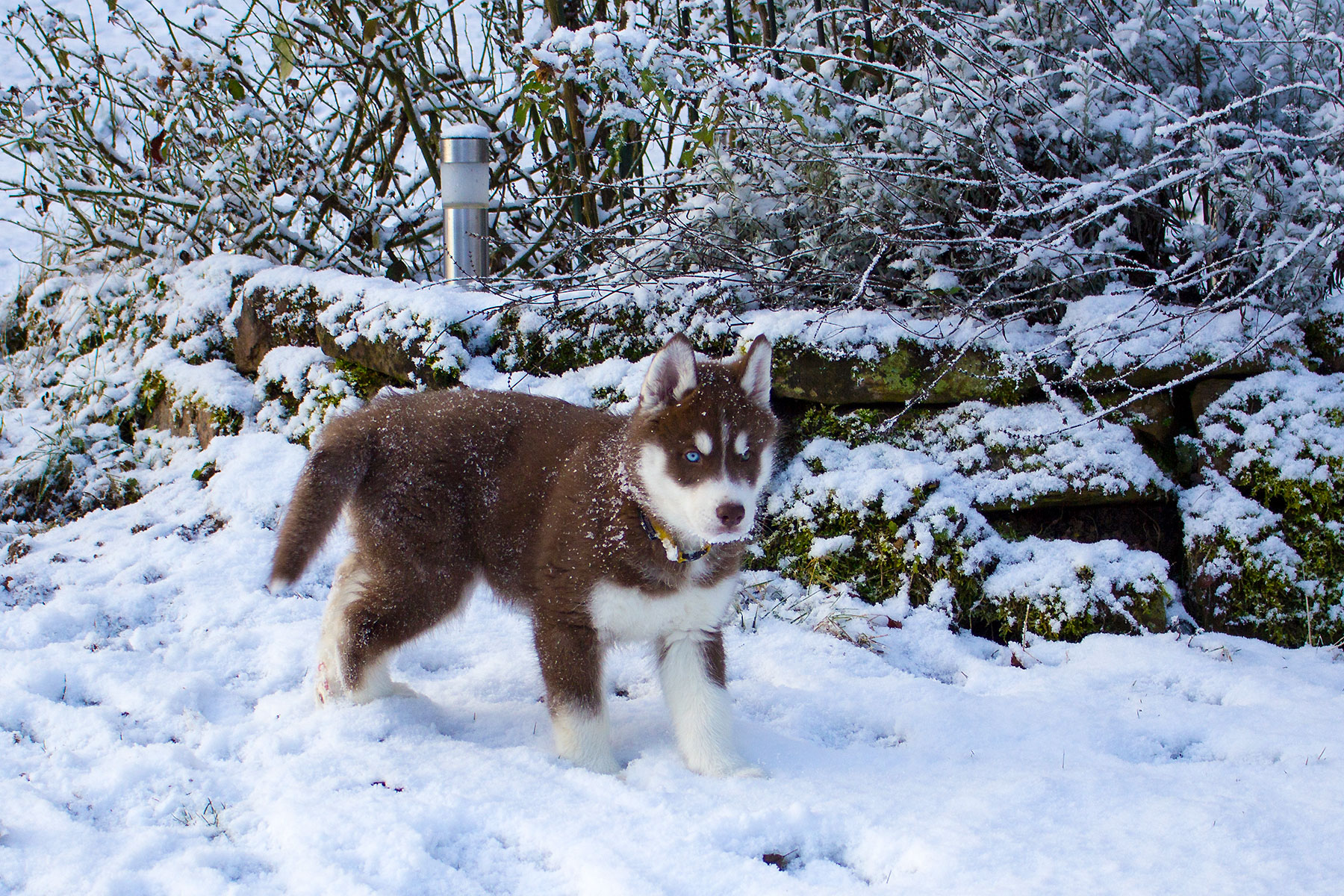 Little Alban of Kahnawake has finally found his furever home. We are happy to confide him to a good family and we are […] 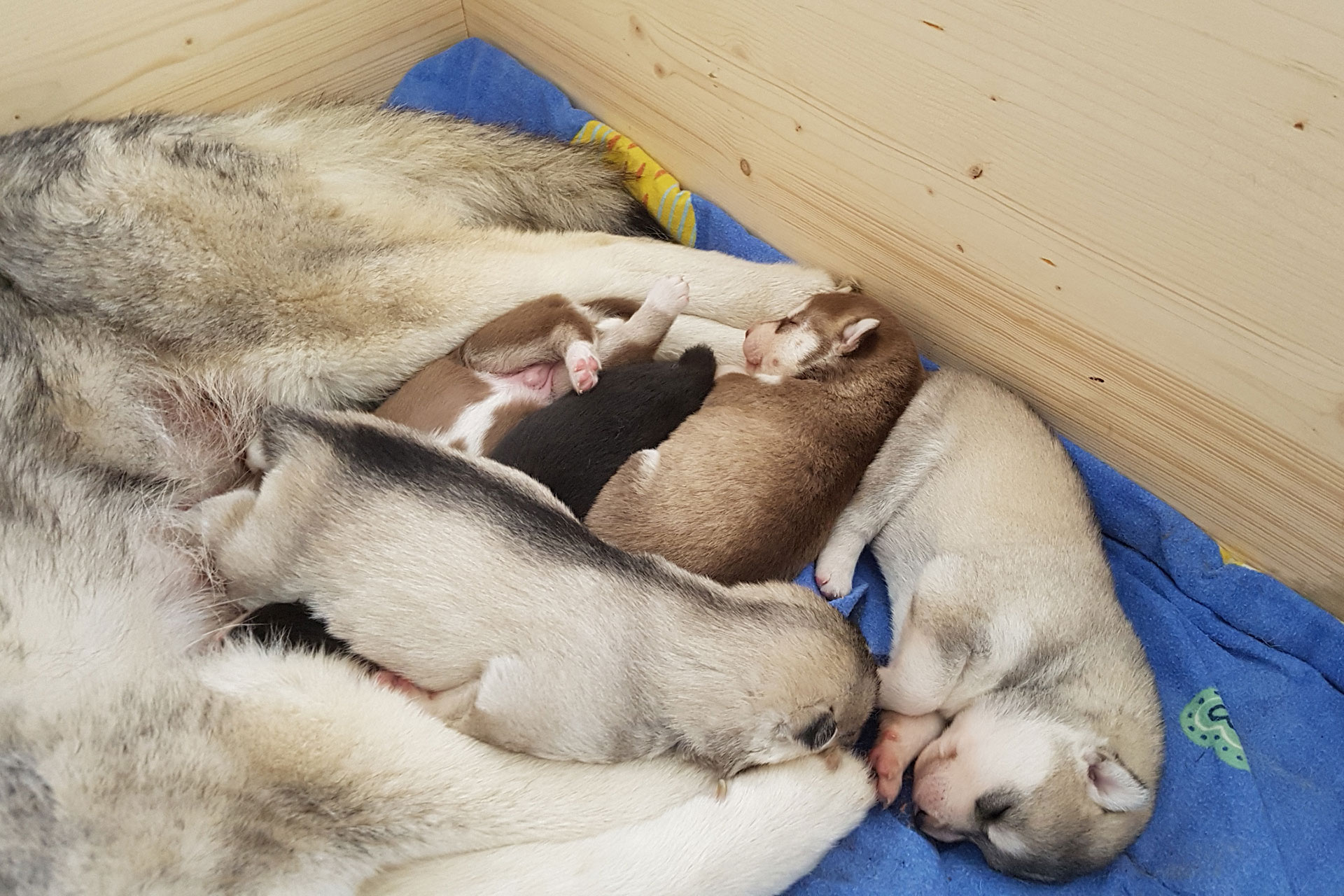 As of yet, we are planning two litters for next year. The first one will – hopefully – be bred by Shakaar […]