A picture of Bernie (Bernardus of Kahnawake) is featured in the Clubnachrichten (Club News) of the DCNH. At the Jubilee Show in August he won Baby Class with the result ” promising” with his also very promising brother Koda (Brendan of Kahnawake) in second place. Josefine Munke (Toolik’s Alaskan Malamutes) took a nice picture of Bernie which made it into the report about the show, printed in the current issue of the CN.

We are very proud of our boys!

Thank you, Josefine, for the pic! 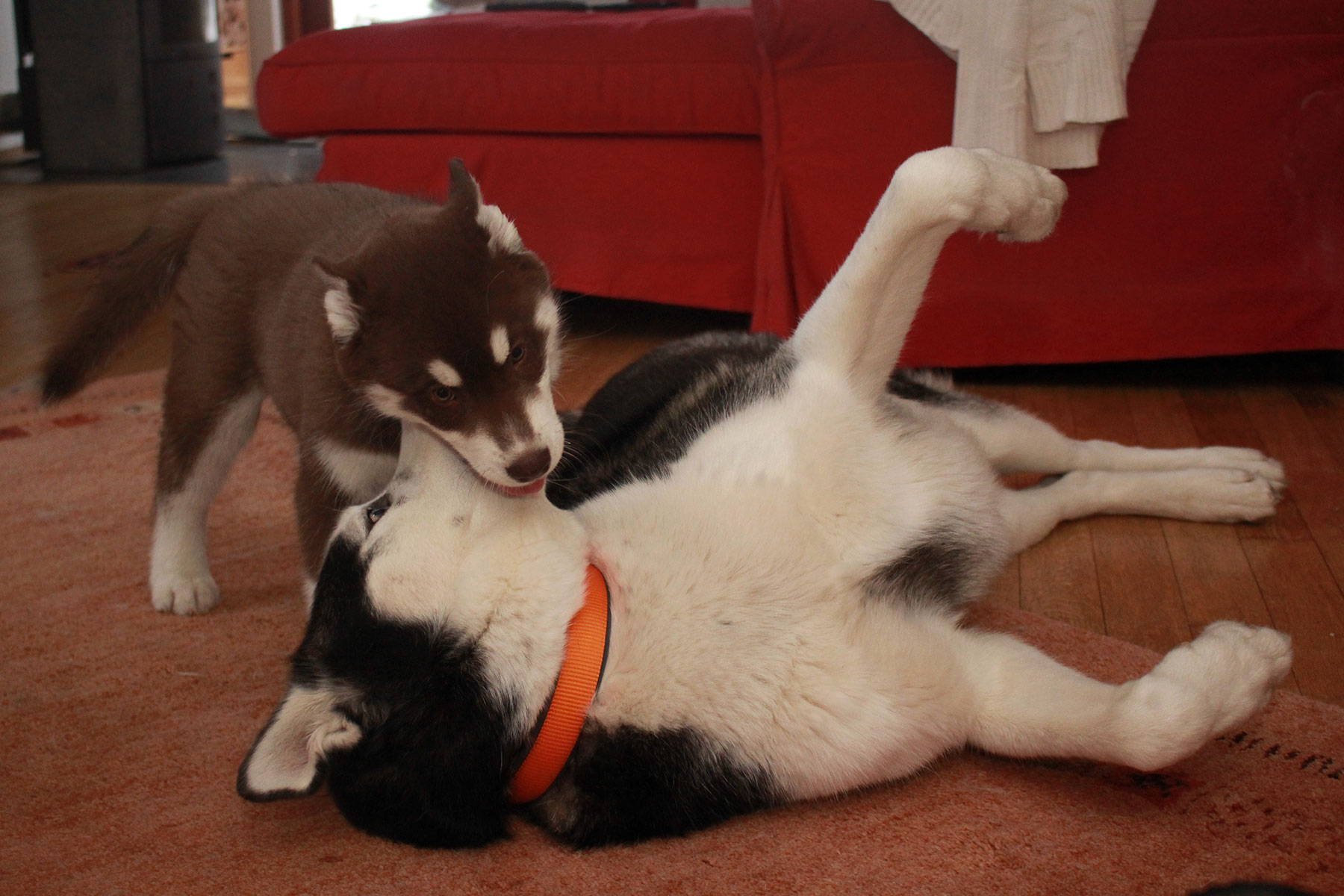 The litter check of our breeding club is coming up soon – and the good-byes to our babies, too. By now they […] 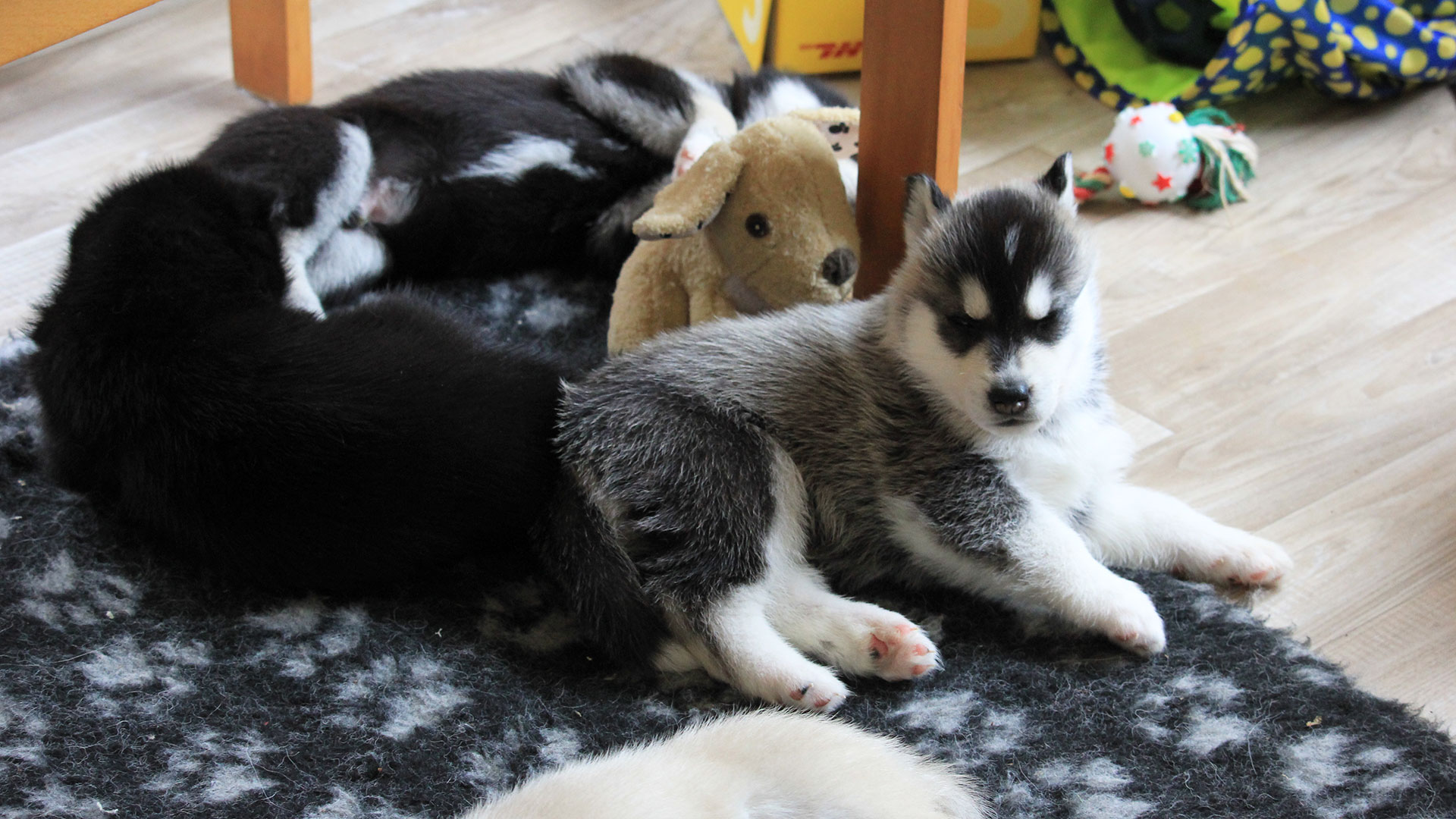 And now for some more pictures of our little sweethearts. 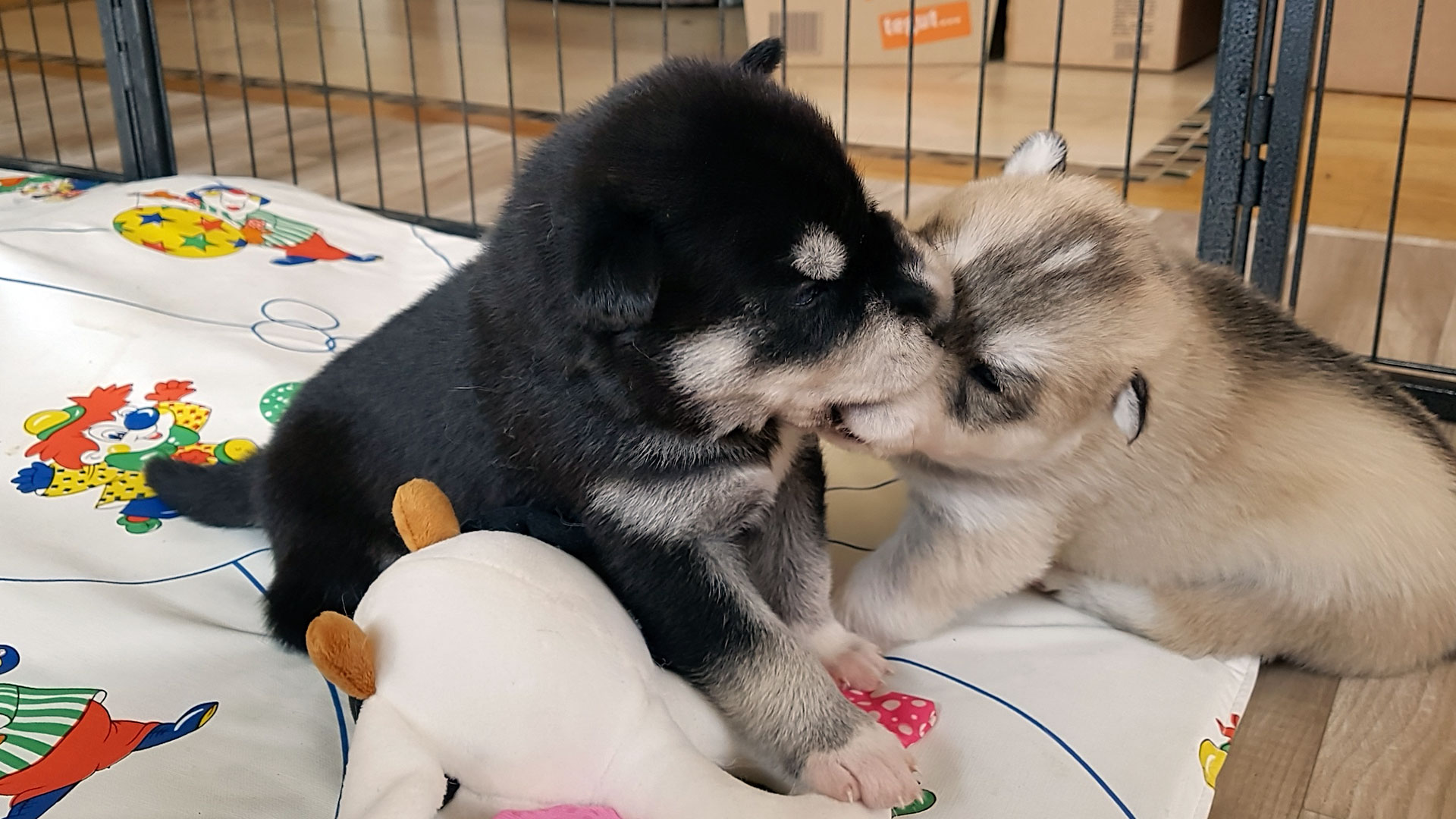 Now that the B’babies opened their eyes, they discover the world around. They crawl and teeter around in their Fort Alcatraz, play […] 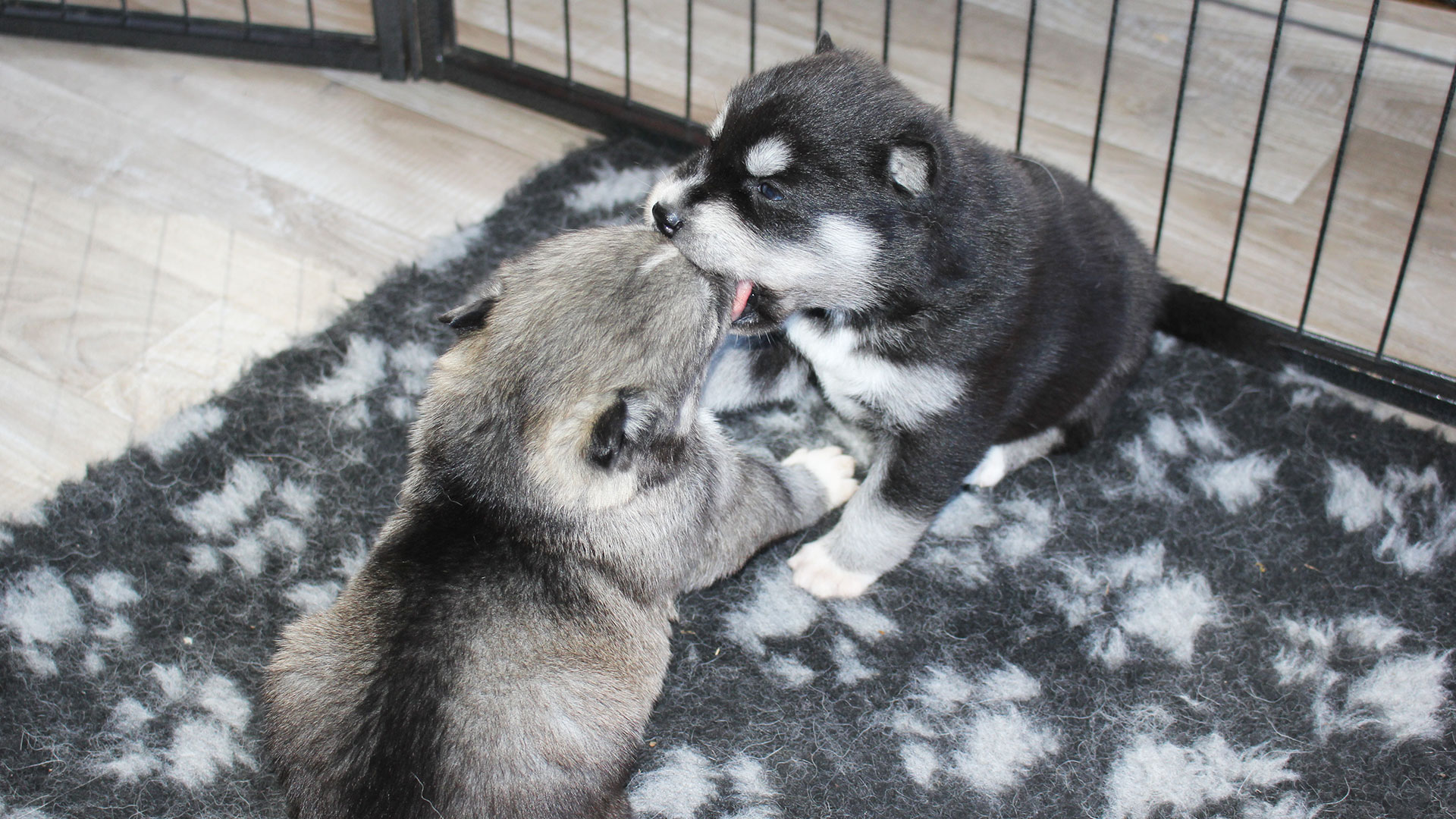 In the pen – either inside or in the garden – the pups are playing happily (preferably scuffling or castle capture). So […]