Some time ago, we were called up by a young music producer. He asked us, if our dogs could take part in a young German rapper’s video production. After some talking we agreed. It seemed to be a great chance to peek into the world of music videos.

The young woman, Zavet by her stage name, is the daughter of Russian immigrants. Her family came to Germany, when she was two years old. Her parents had left everything behind, because they wanted a better future for their kids and themselves than what was going on in early post-soviet Russia. Of course, they kept up celebrating their Russian traditions, and the love for Siberian Huskies that Zavet had contracted at a very early age, never ceased. Zavet put all that together for her second single release, titled Husky Augen (Husky Eyes).

Spending time at the set of a video production, indeed, was a very interesting experience. Everybody was kind and loved the dogs, spoiling them with treats.  Sisko, Opra, Ezri and Shakaar did really well on the set. For 2 hours they were engaged in lying around, being loved, gazing around, biting and yanking the sheepskins and the cotton wool on the floor and facing the camera. Now look at the result! 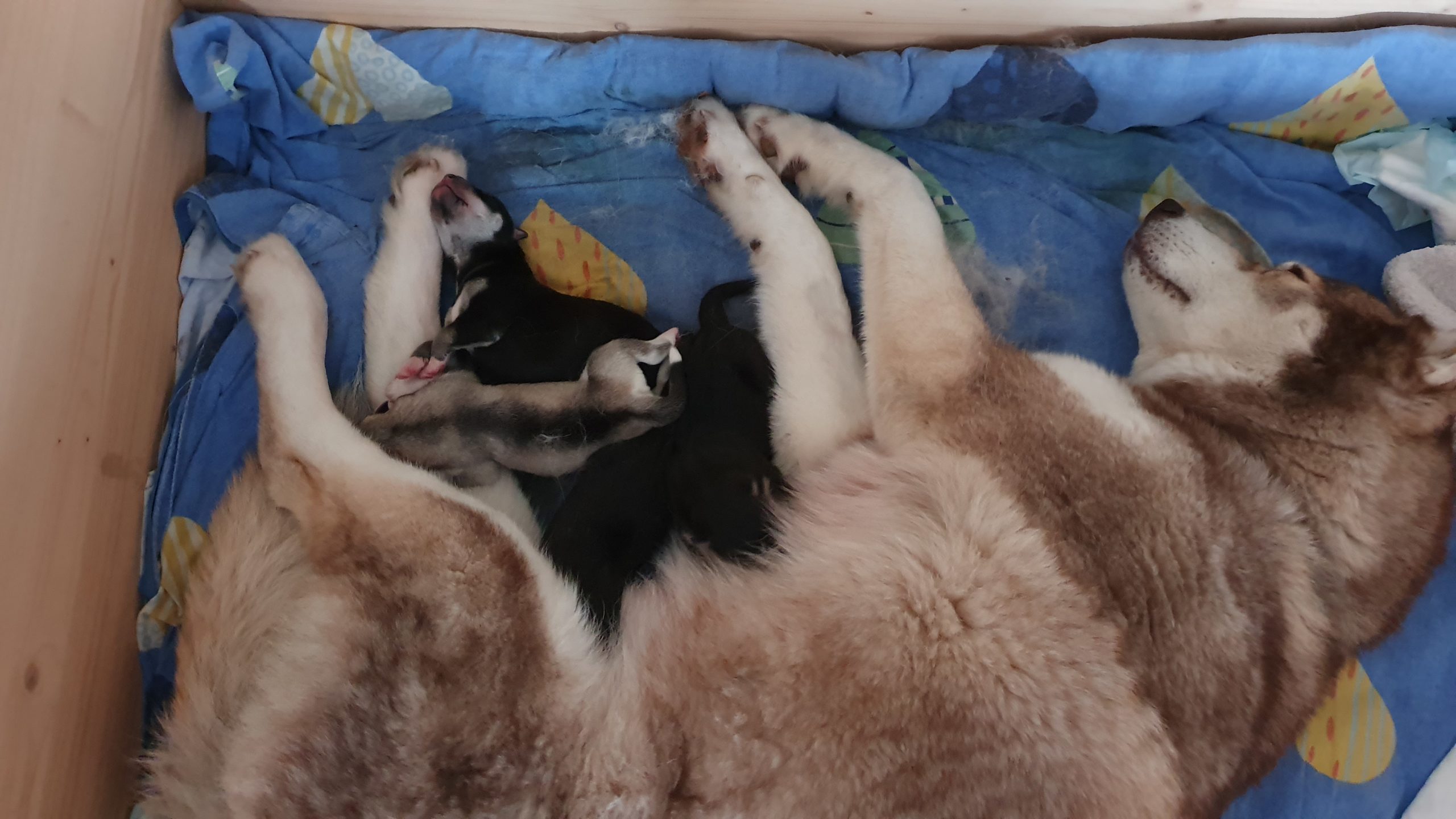 Last Wednesday, February 5th, time had come for Kira (Zausel’s Red Rose) to give birth to her babies. She had spent the […]

We went through some exciting and exhausting days… Since Monday Opra showed signs of strong false labor, and fooled us and apparently […] 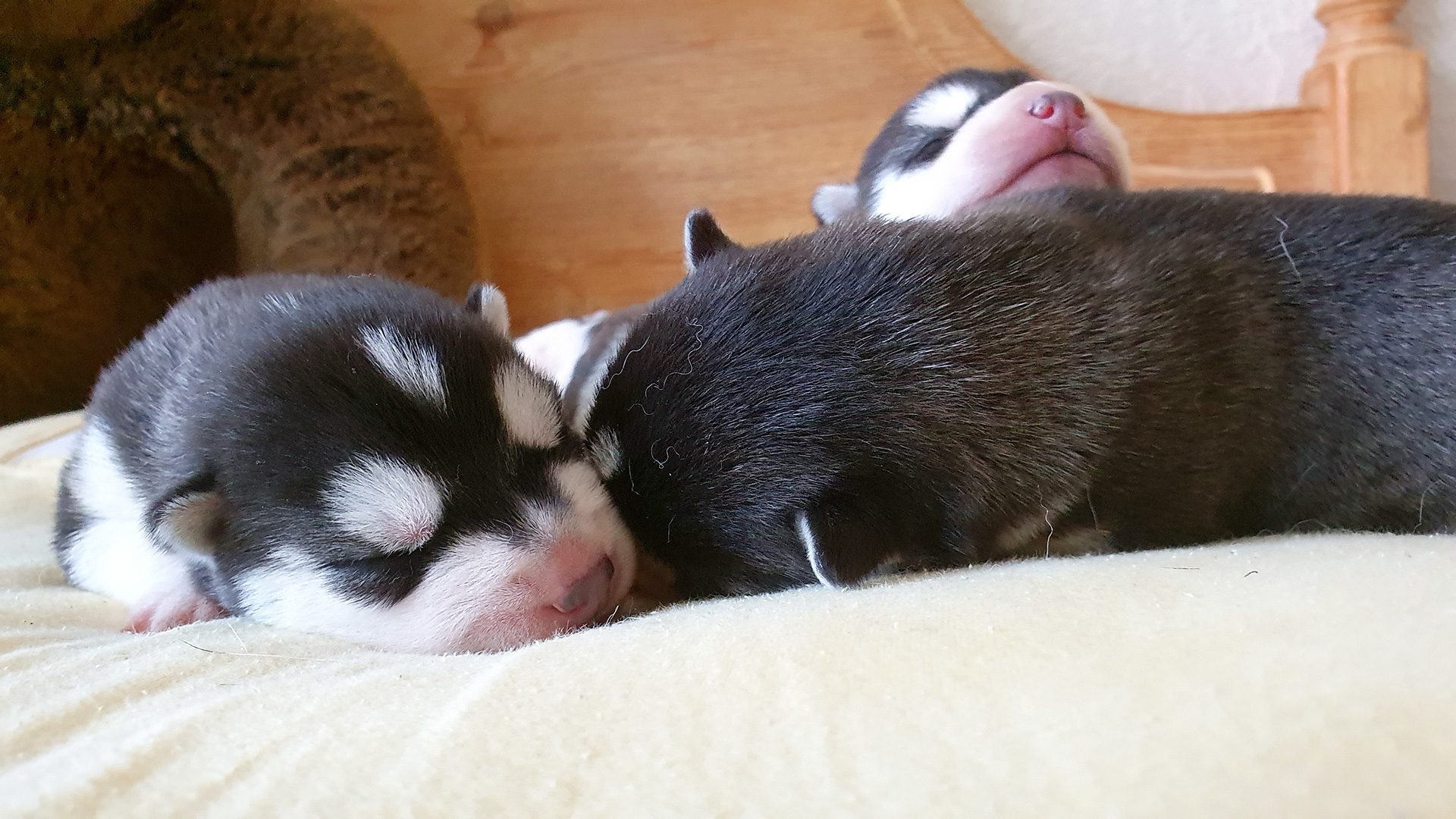 … into the whelping box shows our little fatties of letter E growing nicely. Even though they use to turn their backs […] 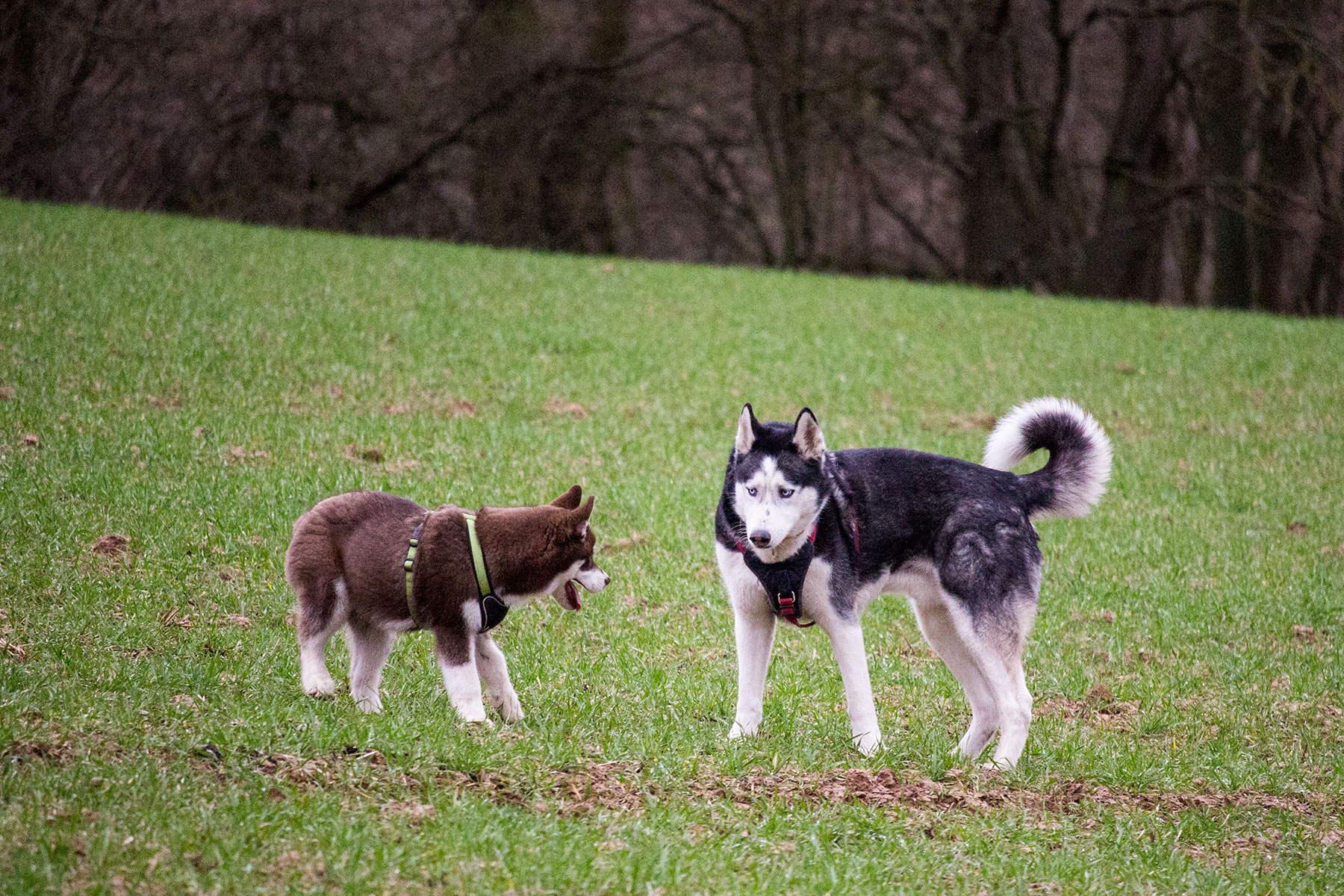 Last week, Sisko and Bubbles were allowed to play in the fields. And again Uncle Sisko, understanding as always, had lots of […]